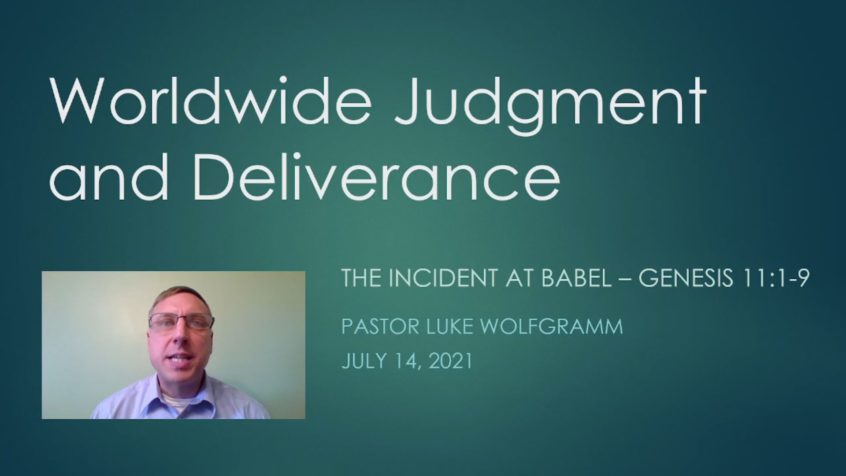 4th Lecture from Rev. Luke Wolfgramm at our CELC-Webinar 2021 – English-version.

3rd Lecture from Doz. Holger Weiß at our CELC-Webinar 2021 – English-version.

2nd Lecture from Dr. Gottfried Herrmann at our CELC-Webinar 2021 – English-version.

Originally a very good creation
The true God’s goodness, wisdom and power are manifested when God creates the world. His creation is a wonder of unimaginable dimensions, a work by a good and almighty God during only six days. “He spoke, and it was, he commanded and there it stood” (Ps 33:9). “God saw everything that he had made, and indeed, it was very good” (Gen 1:31, EHV).

After the Fall of Man: violence and wickedness
“The LORD saw that the wickedness of mankind was great on the earth, and that all the thoughts and plans they formed in their hearts were only evil every day” (Gen 6:5, EHV). ”In the sight of God the earth was morally corrupt, and the earth was filled with violence” (Gen 6:11, EHV).

The creation and the Creator
Through God’s eternal Son, The Word, everything was made (John 1:1–3, Col 1:16):
• An inconceivable large universe with uncountable celestial bodies. “Lift up your eyes to the heavens, and see who created these things” (Is 40:26, EHV)
• among these celestial bodies only the earth (Tellus) with a unik atmosphere and full of life, each according to its own kind: plants, vegetation, trees, lots of brilliantly created living creatures in the water, in the air and on land
• the crown of the creation on the sixth day of creation: two human beings, male and female, created in the image of God. “God blessed them and said to them, ‘Be fruitful, multiply, fill the earth, and subdue it’” (Gen 1:28, EHV).

Man was created with a unique position as the image of God, i.e. holy and righteous. God showed his great goodness by giving the man a paradisiac existence on the earth.